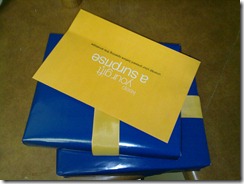 In its most innocuous form it bedazzles us, blinds us to the consequences of our actions, tricks us into believing the convenient lie of the one-time occurrence, and leads us into perdition. It’s so easy to believe, to want to believe, in in the minor justification, the temporary slip that becomes ever so permanent. As appropriately postmodern children, we believe in the total existentialist worldview of our father Sartre, in which all decisions are mutually exclusive of the next, that the rules of causality are bent by mere force of will and desire. After all, they teach it on Oprah, it even has a pseudo-scientific name — the Law of Attraction! You can read all about it in modern spiritual tome, The Secret.

The unfortunate, inconvenient truth, is that our lives are the summation of the individual choices that we make of the decades of our life that are in the end, the ultimate formative factor in our lives. They are the product of the the daily rituals, avowals, and liturgies in which we steep ourselves in to reinforce and strengthen our worldview and interpretive actions. The world then, is ‘literally’ in many senses, exactly what we make of it.  Literally in the sense, that, we are the narratives, and understand ourselves in the narrative context, that we create for ourselves in our expressions of our lives and how we make sense of the chaos in which we live and interact. These narratives are all-consuming, and encompass fully our first Fall from Grace, and each subsequent reinforcing act. Succumbing to temptation, therefore, acts as a splitting mechanism against the narrative, and can only be reconciled in one of two ways — incorporation in the self-narrative or the creation of self-deception. Neither of these can be construed as a positive event.

It seems crucial then to note, in light of the prior observations, that the biggest battle for the person lies in the way they deal with the daily, smaller transgressions, that create the greater framework that almost absolutely dictates how the larger dilemmas of life are engaged and answered. In this, I think most often of Mandelbrot’s fractals, the beautiful mathematic models created by the scientist a quarter century ago. This is when the concept of self-similarity came into vogue, that the same patterns that exist in the smallest of domains re-express themselves in the largest. I think our lives in many senses follow this model, the way we live in the smallest ways is echoed in the way we live in the entirety of our lives.

I got started on the subject of temptation because of the sudden and unexpected appearance of the boxes pictured above in my life. I received a buzz from UPS who wanted to deliver a package I was not expecting. It was, indeed, my name on the package, so I took the parcel and sliced the tape open suspecting that I had forgotten something ordered a while back. Inside, I found the blue boxes, and what is going to vex me until Christmas.

Based on the size of the package, its relative heft, and the suggestively worded caption on the gift tag, I suspect a popular, literary reading device made popular by a famous online retailer. It’s going to take all of my willpower to wait until Christmas to open a package that I suspect contains an item I have not ever even seen in person, much less used.