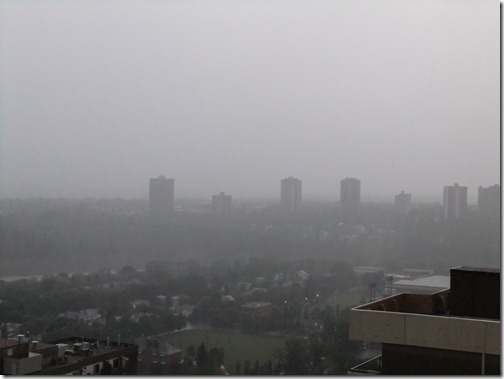 I can’t remember a rainier July in Edmonton, really. There’s been a nightly thunderstorm more often than not, and so I think Edmonton has received its full quotient of rainfall for the summer. At least, it sure seems like it should have at the moment. Thankfully, most of the rain has occurred during nightly thunderstorms, leaving the days (usually) fairly sunny. As muggy as it has often been, I have welcomed the shower in the evening to move off some heat. And it’s been somewhat incredible to see the massive flashes of lightning on the horizon.