Vulcan and the Netherlands 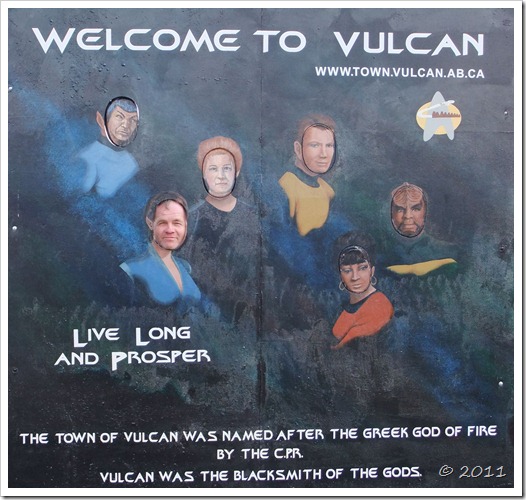 I actually first went to Vulcan years ago while I was a summer research student, but I took my snapshots on this odd Yashica APS film camera that had some serious problems with it’s automatic focus (it had been dropped). I lost the camera at some point that summer, and so I never got the roll developed. I have been meaning to get back ever since to get another photo of the exhibit, but it’s not exactly a convenient location. When my Uncle mentioned last weekend that he needed to pick up a horse trailer out in that area, I seized on the chance to revisit the iconic model of the Starship Enterprise and the somewhat tacky billboard featured above. And if Leonard Nimoy thought it was important enough to visit, then it’s certainly worth a visit by me.

Supposedly they are working on a sequel to the most recent Star Trek franchise reboot with Chris Pine and Zachary Quinto. I had a bit of trepidation going into that movie, but that was quickly stripped away by the production quality. Now I am eagerly looking forward to the next in the series. The time ‘fork’ allows them to explore unfettered by all of the previous backstory, so I am intrigued to find out where they’ll go with it.

On another note, my aunt and cousin are currently bombing around the Netherlands, just a little earlier than I did last year, and I have to admit to a bit of envy. I would love to be visiting over there for a bit, seeing the tulips, my relatives, and all of the museums. It’s a wonderful place to go for a bike ride. It’s not going to happen this year, but maybe I can arrange to make it happen for the next.