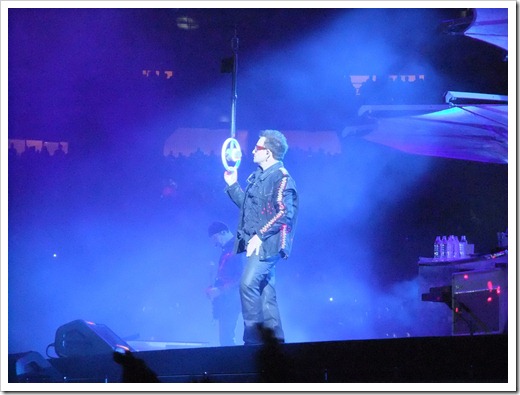 Now actually, I went to this concert on the first of June, but as it was definitely the highlight of the month, it has earned its post. This concert was notable for being the first stadium rock concert I have ever been to and by far the closest I have ever been to the stage in a live performance. I was well within the inner circle (between stages) and at the closest roughly ten feet to the massive stage. Little wonder then that it was the best show that I have ever been to. With over 30 years worth of hits, and more Grammy awards than any other rock group, it was over two hours of pure delight. I had been hoping they might perform some new songs, but they stuck to their past successes and a couple of covers. Still, it was brilliant, and they are a phenomenal band to see live. Highly recommended.

I also went to see X-Men: First Class last Tuesday and heartily enjoyed the change in direction over the last film in the series. The change in the directors resulted in a shift from pure special effects to a character driven drama that was rewarding and revealing. The movie was casted well and the richly textured performances added some long needed depth to the narrative. That's one of the highlights of the summer: a string of blockbusters from June through August.

I sure haven’t been all that productive over the last few months, but I guess sometimes it's good to appreciate progress and relax. There are so many new games, movies, and music out there that that could completely consume one’s time if allowed. I should work on getting out a bit more.