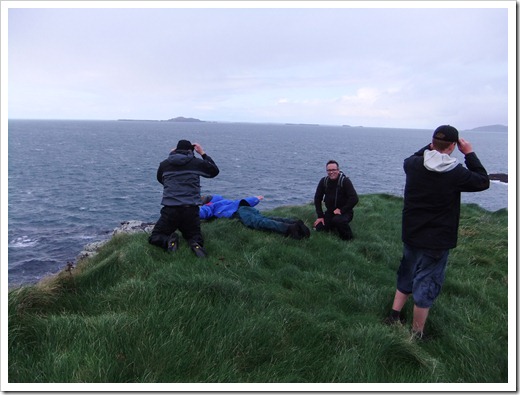 Well, after an extended period out of the country, I am finally back home. I still feel like I am several time zones out of sync, but I suppose that will slowly wear off after a few more work days. It was, in truth, a fantastic respite from a frenetic schedule, and I am very grateful to have had it. It was so easy to disconnect in the Inner Hebrides. They are gorgeous in a stark way, with the dominant features being verdant fields, rock, and sheep. The picture above is from the Isle of Staffa, where Mendelssohn was inspired to write the Hebrides Overture after seeing Fingal’s Cave. Though it doesn’t appear so from the shot above, they are right before an enormous cliff. I got vertigo just from looking off of it.

We stayed on the Isle of Iona, which was the cradle of Christianity in Scotland, having a community founded there in 563 AD. Interestingly enough, the famous Book of Kells which I had seen earlier at Trinity College in Dublin, Ireland was actually believed to have been written on Iona, and just later transferred for safekeeping after numerous Viking raids. The island now is less prominent, but still supports a thriving Christian community called the Iona Community which runs services in the Abbey Church daily (this is somewhat more recent, having been revived in the 20th century). They have a strong focus on social justice and were working on a theme of refugees during my stay there.

My time was largely consumed by various hikes around the island, services, and communal meals (which were fantastic). Bread was baked fresh daily. Enough said. I would like to locate a recipe book for a lot of what was cooked. They did a lot of traditional Scottish dishes, like Sticky Toffee Pudding, which were fantastic. There were also excursions and travelling shenanigans, like the aforementioned trip to Staffa. The time went quickly, but it was also deeply invigorating, so I felt prepared for the return. More to follow.