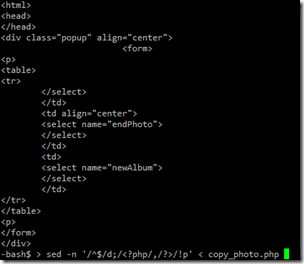 It still feels a little odd to me to be preoccupied with the holiday season and the impending financial year end, but I suppose that’s the nature of the job. I have high hopes that this year will be the smoothest trip through the whole year end process yet. This time last year, I was in blissful ignorance about catastrophe waiting for me in January, but I go into it now with eyes wide open. I like to think that skills handling large amounts of textual data are more finely honed now, though. Over the last year, I have spent more time than I would like to admit in the perl documentation and playing around with sed and awk. I have lots of data files that I receive from an external source as well as data that I am free to access with SQL. It’s my goal this year to better rationalize all of that data so I can quickly and efficiently isolate discrepancies. Well, it sounds like a good idea, we’ll see if I can actually pull it off.

I saw Handel’s Messiah in person for the first time last night at the Winspear; it was impressive. The string section was particularly amazing, as other than the intermission, I think they played for a solid 3 hours. I think I’d be exhausted. The area’s professional choirs that performed also did so admirably. Nearly everyone is familiar with the Hallelujah chorus, and that was just as impressive here, but of course the concert continues on for quite some time after that. The work as a whole is a spectacular display of how important and meaningful Advent really is. It really helps put the “reason for the season” in perspective.