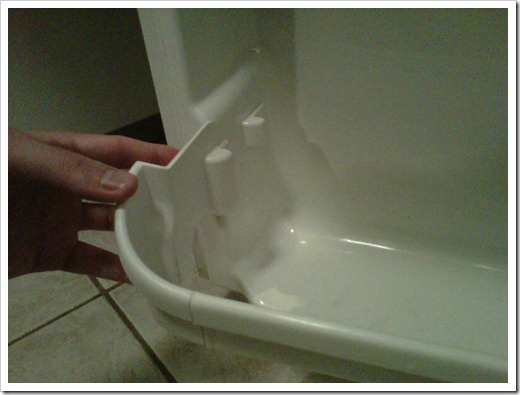 I probably should have learned my lesson after the first time, but some lessons must be taught a couple of times to truly sink in. The whole bracket came off yet again, breaking my second glass pitcher. I don’t know why on earth I thought it would be safe to store it there a second time, but I surely hope that I don’t forget again. It took me quite a while to sop up all the fluid and sweep up all the glass. I am really hoping that I didn't miss anything. In hopes of avoiding a repeat occurrence, I called up my Grandpa to solicit some advice on how to better secure the plastic, but I am currently leaning towards every man's silver bullet, duct tape.

I was happy to see that Alison Krauss and Union Station won the Grammy this evening for Best Bluegrass album for Paper Airplane. I had gotten a copy of the deluxe album from Target some time ago, and I have really enjoyed it since. She has the voice of an angel and a deft hand with a fiddle. I really can’t get enough of it. I had thought Coldplay and Mumford and Sons might score a Grammy or two in the end, but it wasn’t to be. Fortunately, I am sure that both will be around long enough to have another go at it. Adele certainly earned the awards she took away tonight.